BookPod – The Stern Review on The Economics of Climate Change

BookPod – The Stern Review on The Economics of Climate Change
For privacy reasons SoundCloud needs your permission to be loaded.
I Accept 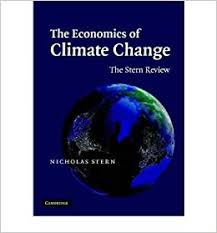 Book: The Stern Review on The Economics of Climate Change

Teaser: This is a 700-page report released for the Government of the United Kingdom on 30 October 2006 and is considered as one of the most important documents to combine climate change science and economics. It has important implications for health – the impact on health itself, the economic effects of changes in health and the impact on health from economic changes. Leaders of health systems cannot ignore climate change and their role in recognising that healthcare services have a major environmental impact on the planet, making this landmark report critically important.